Yesterday evening we enjoyed superb Christmas party with many plays and music at Kaapo’s school. It is so nice that his school still has these traditional happenings with lots of parents and other spectators. There is always a nice buffet before the plays and music starts. Many schools in Finland nowadays do not have these evening parties anymore. That really is a pity. 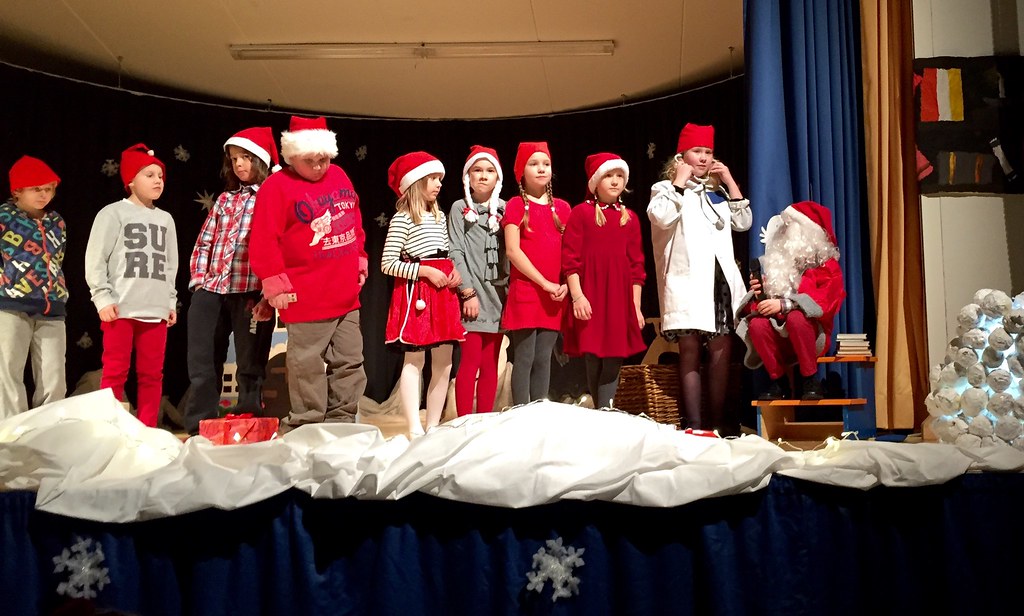 And they found the treasure…, originally uploaded by Jonne Naarala.

They were so passionate for this game that I was smiling all the time when they runned from place to place. I think they enjoyed a lot! The whole party was a real success. Everybody had a nice time and Kaapo felt like a king in his parties. Now he is five years old and a big boy already!